I was recently asked by a lady if I had anything suitable that could be used to preserve a Poppy flower. She wanted something making as a gift for her friend and we discussed different items of jewellery because initially she wanted something that could be engraved. I then suggested making a custom made paperweight containing the Poppy; she loved the idea and knew her friend would love it too. 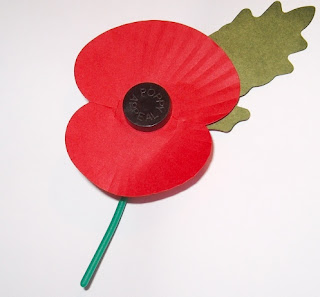 Rather than using a real Poppy, I suggested using a traditional Memorial Day Poppy and that she could then write a message to her friend on the back of the leaf. But she had an even better idea! She would create a poppy herself by painting an image of the Poppy onto a piece of card making it an even more personal gift for her friend. I received her Poppy picture and it was a wonderful painting! She had also written a personal note to her friend onto the back of the picture and this can be seen through the base of the paperweight. 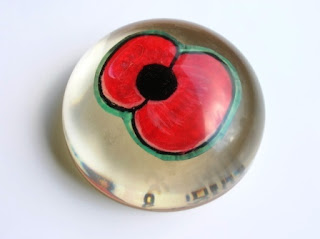 I encased her Poppy picture into a domed resin paperweight, mounted the paperweight within a leatherette box and sent it directly to her friend and she loves it!

I must say I have made several custom made paperweights recently and haven’t even got around to advertising paperweights on my website yet!