It has been quite an exciting week at Shpangle Jewellery this week; you may remember recently my jewellery featured in a movie, well on Tuesday I was interviewed by a producer for BBC Radio 4 for a documentary they are in the middle of making. The producer contacted me a few weeks ago and they explained how they were making a documentary about the history of keeping peoples hair (for example Victorian hair jewellery) and wanted to feature me as the modern day equivalent. As well as the lock of hair jewellery that I make, they were also particularly interested in the pet hair jewellery and this was to be the main topic of the interview. 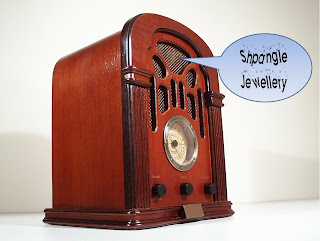 On Tuesday morning the BBC producer arrived and explained that he had travelled as far as USA to interview people. We had a little chat and everything was going well until...he put his earphones on and switched on the tape recorder! My brain instantly turned to jelly and I became so nervous. What was worse was the fact that he had just explained that he wouldn’t be on the final recording; I should therefore not answer his questions directly but to speak as if I was reporting the subject. 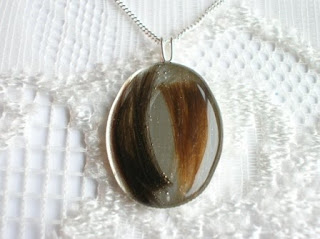 He asked me lots of questions such as explaining how the lock of hair and pet hair jewellery is made, describing the jewellery and reasons for people buying it. I think I managed to somehow squeeze out sufficient answers through my nervousness, a bit silly really since I have done many a presentation to company directors during my career as a senior systems engineer. But this felt really different as I knew I was presenting myself to possibly thousands of people who will hopefully listen to it on the radio!

Afterwards he explained that it would be edited (to remove my long pauses etc) and that he will also put a link to me and maybe some pictures onto the BBC website! The program is due to be broadcast on May 9th at 11.00 a.m. on BBC Radio 4. I am now left wondering what will be next, first a film and then a radio show; perhaps a book?
Posted by Shpangle at 19:44