You may remember from a recent blog post where I said one of my New Year’s resolutions was to take myself more seriously and that I would be working on some new ranges of jewellery. Well I thought I would show off my latest range of jewellery and you can’t get any less serious than this; Fossil Dinosaur poop jewellery and gifts!

The inspiration behind this Dinosaur poop jewellery came from a Christmas present that I bought for my wife this year. Yes, I bought her a gift of a big lump of fossilised Dino dung! Don’t ask me why, it was kind of one of those moments, and I can’t remember why on earth I chose that or even looked for it in the first place! 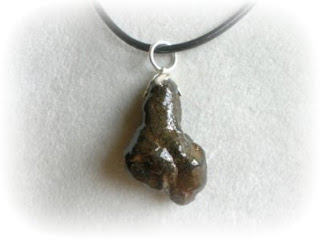 This is real fossilised Dinosaur poop (Coprolite) originating from millions of years ago and fossilised to form a mineral called Marcasite. I have come across Coprolite jewellery before but it has always been sliced, polished and formed into cabochons. Manipulated to such an extent that it no longer resembles its original fossil form and may as well be another agate cabochon. I wanted to keep the fossilised Dinosaur poop in its original recognisable form. I am quite against setting fossils into resin or forming them into other shapes. They have survived millions of years and deserve respect even though these originally came from Dinosaur dung! I wanted to create something that was tactile as well as being educational and fun!

Quite a lot can be learned from fossil Dinosaur poop such as their eating habits as tiny fragments of bone, shells and other material can be discovered within the coprolites. These fossils came from the Ichthyosaurs who ruled the seas during the Jurassic period and are thought to almost resemble Dolphins. The fossils were discovered in the UK along the Dorset coastline and are 148-170 million years old! 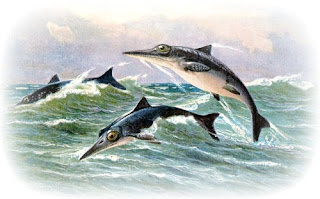 I think the Dinosaur poop necklaces make a great statement piece of jewellery and certainly make a great conversation piece. If you would like to find out more about the history of the Dinosaur Poop and the possible health benefits (other than scaring away the odd Dinosaur you may come across), please visit my Poop Gifts website page.
Posted by Shpangle at 19:54