My rice writing is in a movie

Well almost! A few weeks ago I was contacted by a film producer who was in the middle of making a series of short tutorial films about camera lenses that will eventually appear online on the Canon website.

One of the lenses was to be a macro lens and they were thinking it would be very nice to finish the tutorial film with the words 'The End' written on a grain of rice.

He had seen my name on rice jewellery and wondered if I could produce one and get it to them for their filming. I was given a day to do the rice writing and sent the grain of rice by over-night delivery to their film studios.

If you would like to see the film in full, please follow this link (you can skip to the end to see my grain of rice if you don’t want to watch it all). You have to click on ‘Macro’ and then ‘Macro Tutorial’ when the video window loads on the Canon website.

Watch for the very end and the presenter sneezes and blows my hard work off the table!

My name on rice movie

Here is the grain of rice being prepared by the presenter. He is lifting the rice out of a box (that I sent it in) and placing it onto a red silk pillow with tweezers. 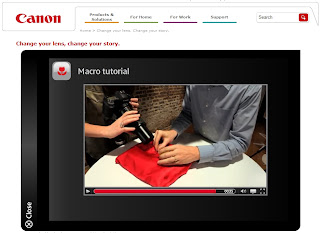 And here is the rice after being brought into focus with the macro lens. It’s amazing how poor handwriting looks when it is magnified like that! But having said that, the writing is on a grain of rice as well... 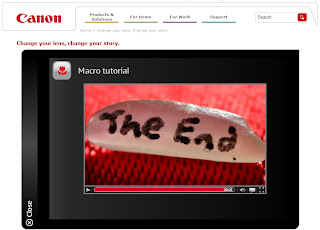 If you would like to see more of my rice writing, take a look at my name on rice website page.
Posted by Shpangle at 14:06